27 Jan 2018
Share on
Safari Zoo Run celebrated its tenth anniversary with over 5,700
participants trooping through the jungle-lined pathways of Night Safari and Singapore Zoo today. This year, the focus is on raising awareness for the conservation of Singapore’s native wildlife. Mr Tan Chuan-Jin, Speaker of Parliament flagged off the first race of the day as the skies were beginning to lighten.

In 2016, Ah Meng the orangutan was unveiled as Singapore Zoo’s animal icon. In successive months, the other park icons—Jurong Bird Park’s Sunny the hornbill, Night Safari’s Chawang the elephant and River Safari’s Canola the manatee—were revealed.

Together, these four animal icons helped spread the conservation message at today’s Safari Zoo Run, with each participant choosing to join the respective icon’s team. Each team, represented by the four park icons, champions native species of endangered animals, including the Raffles’ banded langur, Sunda pangolin, sharks and stingrays, as well as songbirds.

Team Ah Meng eventually came out tops. Aside from having close to 30 per cent of runners choosing to support Singapore Zoo’s animal icon, the team also scored points on the most number of Instagram posts uploaded during the race, and for having the most winners in the competitive 10km category. Chawang the majestic Asian elephant, and Night Safari’s animal icon, made an appearance to cheer runners on during this year’s Safari Zoo Run. In its tenth year, the race takes runners through the jungle-fringed pathways of Singapore Zoo and Night Safari. Singapore Zoo animal icon, Ah Meng the orangutan (left on log) managed to stop runners in their tracks during the competitive 10km run as many whipped out their phones to snap the moment. It’s not every day a race includes opportunities to photograph a critically endangered animal! 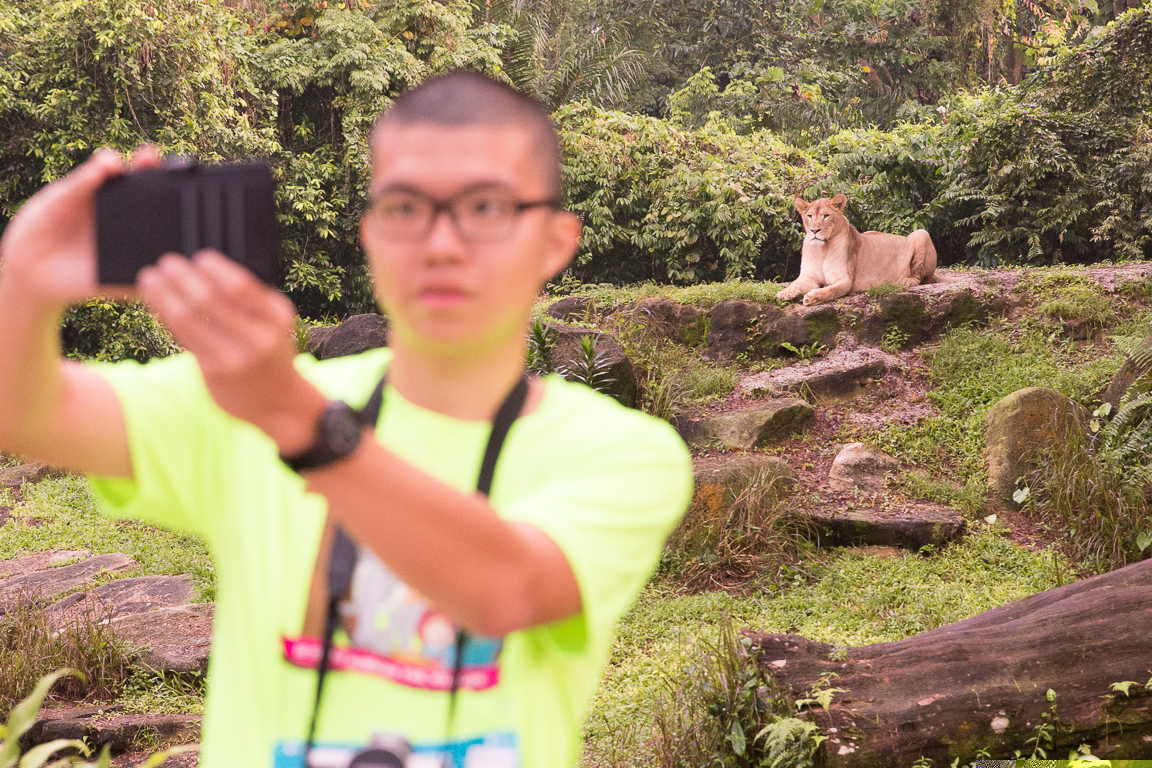 A Safari Zoo Run participant taking a selfie as a lioness lounges in the background, at Singapore Zoo. This is the tenth instalment of the wildly popular run.