Over the last 30 years, the sun bear population is estimated to have declined by more than 30%, mainly due to extensive habitat loss and fragmentation, exacerbated by uncontrolled exploitation in illegal commercial hunting and trade for their bile and paws.

An increasing number of sun bears have been rescued from various situations including poachers, the bile farm industry and businesses using them for entertainment.

These rescued animals are then housed in wildlife sanctuaries and rehabilitation centres. Keeping bears in captivity is a challenge due to their predominantly seasonal diets, physiological adaptation to severe weight gain and loss, and strong cognitive skills. The current diet of captive bears, while sufficient, may not be robust enough. 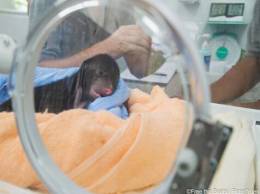 Veterinary examinations at Free the Bears rescue centres have shown a high prevalence of dental disease, as well as cases of ocular disease and obesity among captive bears, which may be linked to sub-optimal nutrition.

This study was designed to assess the diet currently fed to sun bears at the Free the Bears facility at Phnom Tamao Wildlife Rescue Centre (PTWRC) in Cambodia. The project comprehensively measured nutrient intake, and objectively assessed type and severity of dental disease.

One of the key aims is to determine if oral health and body weight issues can be prevented and treated through dietary modifications.

Support from Wildlife Reserves Singapore (WRS) for the project has facilitated the nutrient and serum vitamin analyses of the diet in the facility.

An improved sun bear diet was successfully developed, with the first stage of the diet transition period starting in February 2017.

Some of the changes include elimination of rice porridge and an increased amount of dry, hard food to exert a brushing effect. In addition, this refined diet is anticipated to result in an overall reduction in food costs.